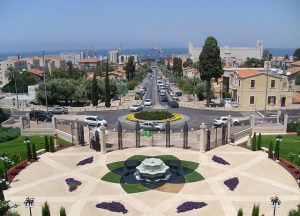 Haifa is a city with a rich historical past.  It is located on Mount Carmel and offers numerous cultural sites, impressive views and an interesting cultural variety.  It is the third largest city in Israel, with a mixed Jewish-Arab population living in peaceful harmony against a backdrop of the mountain and the sea.

In addition to being an industrial and cultural center, Haifa is also one of Israel’s busiest centers of maritime trade.  It played a central role during the period of illegal immigration, when Jews managed to reach the shores of Israel by sea.  It is full of museums, beautiful beaches, fascinating streets and excellent culinary attractions.  The city is characterized by a pleasant climate, with many opportunities for entertainment for all ages.

Many recommend you see the city and its wealth of sites through by private day tours in Israel offered by tour companies.  Dekel Tours offers personally tailored day tours, which can be incorporated into a family trip to Israel, a visit to the Holy City, tours with friends, or any other framework.

In Haifa you will find some amazing sites linked to its history and reflecting its ethnic and cultural variety, such as: 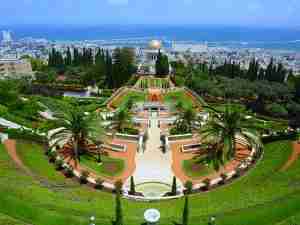 these gardens consist of nineteen beautiful gardens built on terraces on the slopes of Mount Carmel. They face Acre, a city of great importance to the Bahai faith.  At the heart of the gardens stands a building with a golden dome, the last resting place of the Prophet of the Bahai religion.  A visit to these meticulously kept gardens is an unforgettable experience, combining outstanding gardens with amazing views.

the Templars were a German sect who lived in Israel during the 19th and early 20th They built neighborhoods in Tel Aviv, villages all over the country, and also in Haifa.   The Templars believed that by settling in Israel they would hasten the redemption of the world and the second coming of Jesus.  The German Colony in Haifa includes houses in an interesting modern German style, which can be visited on a private tour of Haifa.

Ha’apala is the name given to the movement that promoted the illegal immigration of Jews during the days of the British Mandate for Palestine. The Ha’apala Museum displays the boats that were used to bring the Jews into Israel, with an audio-visual presentation, historical documents, photographs, press cuttings and other exhibits describing this fascinating period in the history of the Jewish people.

The National Museum of Science, Technology and Space

this Museum is located in the old Technion building, and includes temporary and permanent displays. It is recommended for a visit as part of a family trip to Israel with young children, since many of the exhibits are intended for children, using interactive means.

one of Israel’s most beautiful, enjoyable and best kept beaches, with lifeguard services, bathrooms and showers. You can spend a whole day there, or come at the end of your Haifa tour.  In the summer of course you can bathe in the sea, while at other times you can simply walk along this beach for lovely views of Haifa and its surroundings.

Dekel Tours offers private tours in Israel – from personally tailored “all inclusive” tours to customized luxury day tours in Israel.  The company has extensive experience of organizing tours tailored to individuals, families and groups, including Bar and Bat Mitzvah tours in Israel.