Connect with your heritage in the heart of the Jewish world.

Near the top of the lengthy list of reasons you might have for planning a private Israel tour is connecting to your heritage in the Jewish Homeland and especially Jerusalem. The Land of Israel is rich with Jewish history and lore, and a private tour is a wonderful opportunity to explore your roots and engage with your past in a meaningful and tangible way. A private Israel tour will allow you to get the most out of your time in Jerusalem by taking you on a curated journey through the Jewish people’s history and allowing you to connect to thousands of years of tradition.

Jerusalem holds enormous historical, spiritual, religious, and cultural significance for Jews around the world. With so many archaeological and historical sites, memorials and attractions, it’s not possible to experience everything. You and your tour specialist can talk about which Jerusalem sites are must-sees for you. Here’s a sampling of what you might see:

Unquestionably the holiest spot in the world for Jews, the Western Wall (Kotel, in Hebrew) remains the heart of the heart of the Jewish world. The Kotel is the last remnant of the Second Temple complex, which was destroyed in 70 CE. The collective memory of the Temple has held tight to this remnant for nearly two thousand years. Jews come from all over the world to visit and pray here, and many choose to write a prayer on a slip of paper and leave it in the cracks of the wall.

Many families choose to hold their child’s bar or bat mitzvah at the Kotel plaza or at the adjacent Robinson’s Arch. This can be an especially meaningful way to connect to Jewish history. 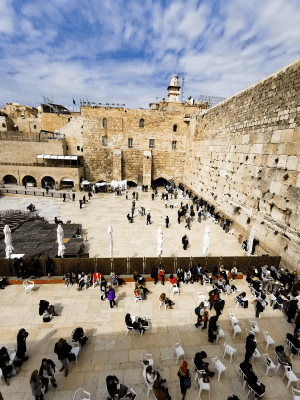 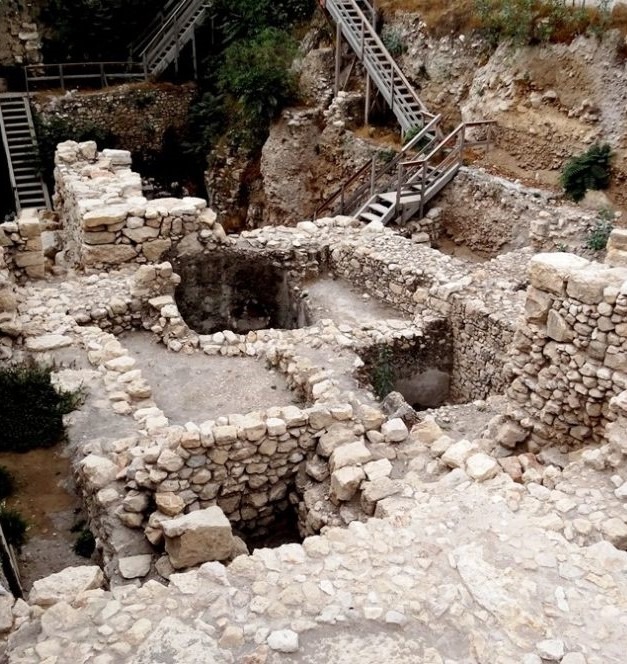 These two archaeological parks are home to some of the most important ancient ruins and discoveries from Jewish history. The City of David (named in reference to King David, who conquered Jerusalem and established it as the center of his kingdom) documents the entire history of Jerusalem from its original settlement over 4000 years ago. One of the highlights of a tour through the archaeological ruins is wading through Hezekiah’s Tunnel, an 8th-century BCE water system created to defend the Gihon stream from attack. At the Davidson Center, visitors can go back in time and imagine what it might have felt to visit Jerusalem during the First and Second Temple periods.

The Jewish Quarter of the Old City

Jerusalem’s Jewish Quarter is home to some fascinating sites where visitors can explore the city’s Jewish history. A trip down into the underground Western Wall Tunnels is a must-do for both adults and children. In the tunnels, you can observe buildings and relics from different periods in Jerusalem’s history.

Another site is The Burnt House and Herodian suburb – a residential area from the end of the Second Temple era that was destroyed during the Great Revolt in 70 CE. These ruins were critical archaeological discoveries that contributed a great deal to our picture of daily life for Jewish residents of Jerusalem before the city’s destruction. 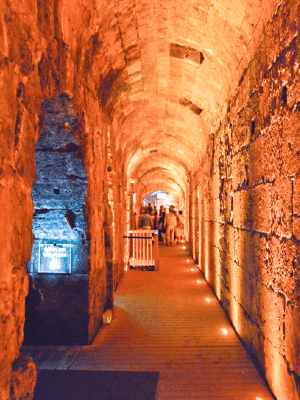 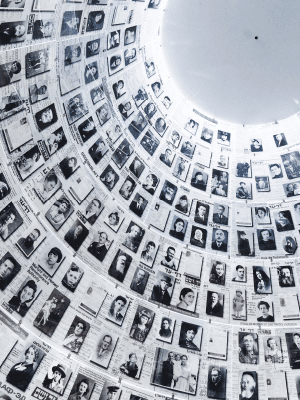 A Jewish exploration of Jerusalem wouldn’t be complete without a visit to Yad Vashem, the official Holocaust memorial site and museum. It chronicles the history of the Jewish people before and during the Holocaust, commemorates the life story of the millions of victims, and seeks to instill the legacy of the Holocaust in the consciousness of future generations. Learn about and pay tribute to the victims of the Holocaust, Jews who fought their Nazi oppressors, and non-Jews who aided the victims of the Nazi Regime.

For families who come to Israel to celebrate a child’s bar/bat mitzvah, Yad Vashem offers the Twinning Program, which allows celebrants to share their bar/bat mitzvah with a young victim who never got the chance to reach this milestone of Jewish life.

How Dekel Tours can help

Dekel Tours offers private, fully customized tours in Israel. In addition to organizing your visits to Israel’s most significant Jewish and historical sites, our tour specialists are here to uncomplicate your entire trip, from your hand-crafted itinerary and logistical arrangements to your private tour guide, accommodations, and all the extras. We can’t wait to start planning your visit to Israel!

The Heritage Tour weaves together snapshots from the history of the Jewish People in the Land of Israel.

Celebrate your Bar/Bat Mitzvah in Israel

Create a lasting connection to Israel on an unforgettable Bar or Bat Mitzvah journey the whole family will love!

Custom-designed private Israel trips for any congregation or community group.