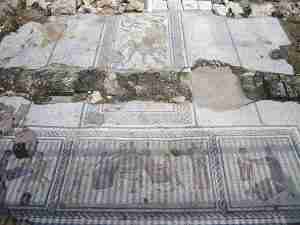 Tzippori was a bustling town in the second century CE and home to Rabbi Judah the Prince, codifier of the Mishnah. Its name stems from the word tzippor – bird in Hebrew as it is located on top of a hill. It was considered the Captial of the Galilee. Nowadays Tzippori is a lovely small village that offers great hospitality and rich heritage.

The National Park features four impressive mosaics that were found in decorated historical houses including the famous ‘Mona Liza of Tzippori’, an ancient synagogue, theater, water reservoir, fortress and more. Tzippori is one of the unique locations in which a celebratory event can be hosted during a bar mitzvah tour in Israel.