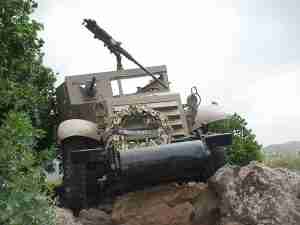 Today Tel Faher is called Golani Lookout, to commemorate the Golani soldiers who died in the battle with the Syrian army during Six Day War.‎ After the war, the Syrian base in the Mound of Faher together with all of the Golan Heights, became part of Israeli territory. In the park learn about the battle, the region and the brave soldiers that took stand against the Syrian army. Visiting Tel Fahar on a private tour in Israel is a great way to discuss the current political situation facing Israel!