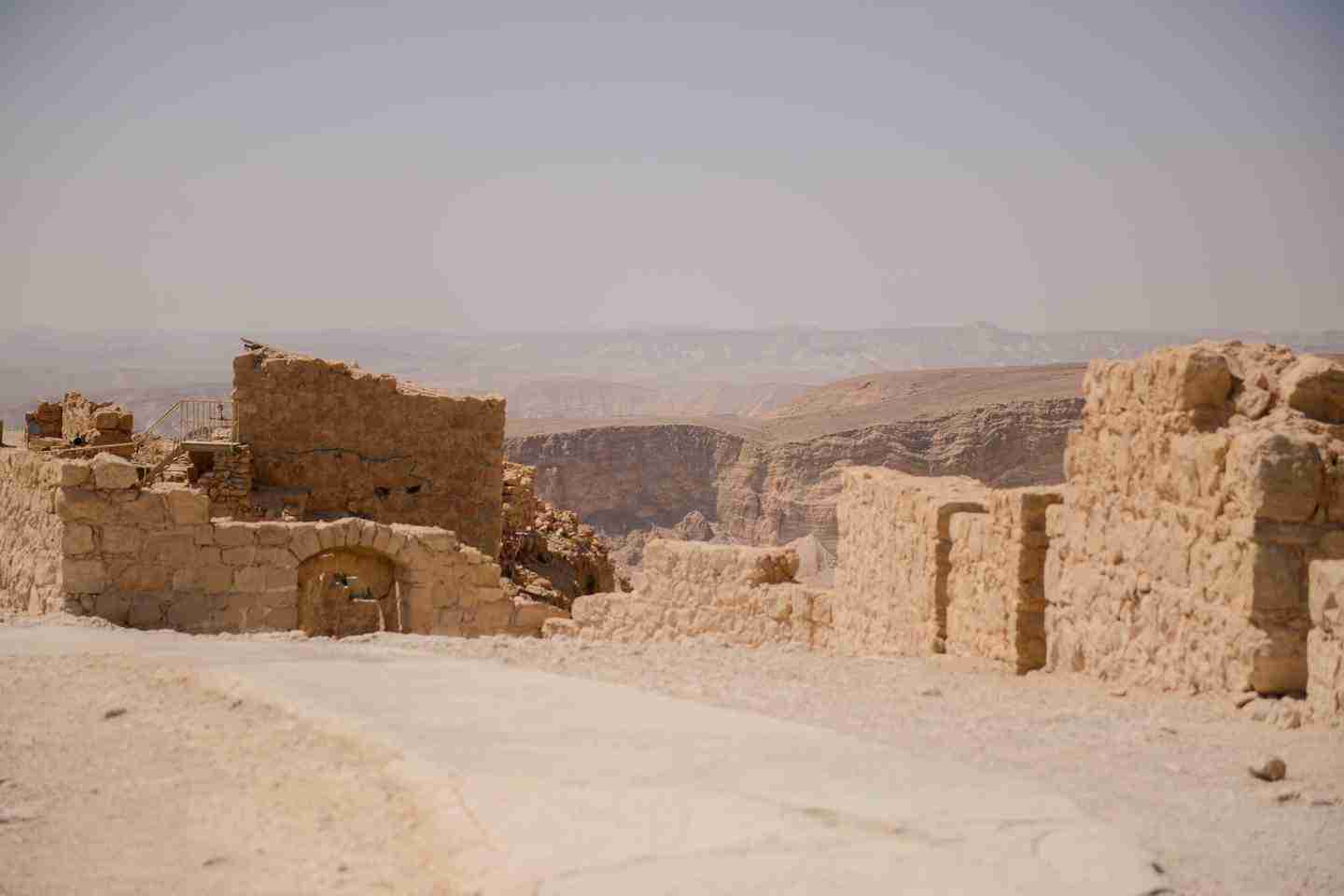 Israel is pretty amazing. Here’s a little headstart learning all about this place.

Because of its strategic location at the crossroads between Europe, Asia, and Africa, Israel has been a vital hub of culture and commerce dating back over 1.5 million years, when early humans first wandered out of Africa. Sites of archaeological and historical interest cover nearly the whole country, spanning time from the earliest evidence of human migration, through the many ancient civilizations that successively conquered the region, and all the way up to the history of modern-day Israel. Whether you’re fascinated by Biblical history, modern political history, ancient civilizations, or anything in between, your customized private tour in Israel is sure to satisfy any history buff’s interests.

Israel is known as the Jewish Homeland, but as the birthplace of monotheism, Israel is also home to religious sites that are sacred to Jews, Christians, Muslims, and Baha’is. Your private tour in Israel might include walking through the ruins of the Second Temple or an ancient synagogue in the Golan, visiting the desert caves where the Dead Sea Scrolls were discovered, climbing the hilltop where Jesus delivered the Sermon on the Mount, overlooking the stunning golden Dome of the Rock (Golden Dome) and Al-Aqsa mosque, or meandering through the otherworldly Baha’i gardens at the spectacular Shrine of the Bab. Weaving through the millennia-old cobblestone alleyways of the Old City of Jerusalem, you can experience that rich religious history with all of your senses.

Israeli cuisine is a reflection of the society’s diversity, with influences from the Jewish kitchens of Eastern Europe, Northern Africa, and the Middle East, the Arabic kitchens of the Levant (Egypt, Lebanon, and Syria) and beyond, the local Druze kitchen, and, most recently, the cuisines of America, the Far East, and the Mediterranean. Well-known street-food staples include hummus, falafel, and shawarma, local favorites sabbich and kubbeh, and Israel-ized versions of pizza and schnitzel. If you get homesick for American fast food, you’ll find a few familiar names (McDonalds and Pizza Hut, for example), but the enormous variety of delectable dining options in Israel should leave everyone’s bases covered. Whether you’re looking for cheap local eats, exquisite fine dining, or even a catered reception for your Bar or Bat Mitzvah tour in Israel, the options are virtually limitless.

When planning your ultimate private tour in Israel, it’s helpful to understand a little about the geography of Israel. It may be useful to consider the different geographical regions within Israel when you’re doing your trip-planning. Although the country is relatively small (only about the size of New Jersey), maps can sometimes be deceiving, and it’s important to keep driving distances in mind. Each of the regions below offers endless possibilities for attractions and sites of interest, so you’ll be sure to find something for everyone in your party anywhere you roam in Israel. Every itinerary that is hand-crafted by one of our Tour Specialists considers your party’s preferences as well as the geography (and real-time driving conditions) of Israel, ensuring that your unique Israel tour flows logically from one region to the next.

Israel’s most populous city, Jerusalem has been at the heart of Israel’s religious and geo-political identity for millennia. This bustling metropolis that lies at the junction between ancient and modern is home to Israel’s Parliament (the Knesset) as well as innumerable sites of religious significance for Jews, Christians, and Muslims. Visitors to Jerusalem can get lost in time in the narrow alleyways of the Old City, explore the museums, modern shopping districts, or open-air markets of the New City, or simply take in the stunning panoramic views from one of the city’s multiple hilltops. Planning a Bar or Bat Mitzvah tour in Israel? Many families choose to hold their special events in Jerusalem. Find out more about planning your upcoming simcha!

Located on the Coastal Plain, Tel Aviv is Israel’s economic and technological center. Its beaches, restaurants, museums, and other attractions make it one of the world’s great tourist destinations. The city itself is small enough to be explored on foot, but there’s so much to do and see (and eat) that, depending on your interests, you’ll want to spend at least a few days here. Walking, biking, and even Segway tours are great ways to discover all the secrets of this round-the-clock city. With world-class dining and well-appointed hotels, Tel Aviv is also the perfect destination for a luxury tour in Israel.

This region spans the entire Mediterranean coast of Israel from Rosh Hanikra at the northern border with Lebanon to the southern coast at Gaza. It includes the coastal cities of Haifa and Akko in the north, Caesarea and Netanya in the center, and Ashkelon in the south. Historically, this region was a major commercial corridor with many settlements and port cities; today it is home to nearly 60% of Israel’s population, and many points of cultural, historical, and archaeological interest have been restored and made into national parks.

The North of Israel

This area includes the Northern, Southern, and Western Galilee regions, the Sea of Galilee itself, and the Golan Heights to the north and east. The major towns of Tiberias, Nazareth, and Safed are all located in the north of Israel. Likewise, many of Israel’s most beautiful national parks can be found here, with hundreds of hiking trails and mountaintop lookouts that offer breath-taking views of the Sea of Galilee and the surrounding hills and valleys. The north is also home to many boutique wineries, artists’ villages, and religious and spiritual centers, offering something to travelers of all stripes. Dreaming about the perfect family trip to Israel? The North is a great choice for adventure and kid-friendly activities too.

Beginning with the Judean Desert near Jerusalem and sprawling southward through the Negev and Arava Deserts, and all the way down to the beaches of Eilat, the more sparsely populated southern regions of Israel offer no shortage of things to do and see, especially for visitors who are interested in venturing off the beaten path. Whether it’s hiking through a desert oasis, floating in the Dead Sea, visiting a Bedouin hospitality, or taking in the astronomical wonders of the night sky far away from the city lights, the South of Israel is a treasure to behold.

Help with Insurance and Flights

For information about US-based insurance policies or to inquire about flights for your travel package, we recommend that you contact Karen Berger at Preferred Naples Travel, located in Florida. Just be sure to let her know you are traveling with Dekel Tours.

Yearly pricing for this extension is still being finalized. When you inquire about your Signature Tour, we can provide extension pricing based on your requested dates.

Yearly pricing for this extension is still being finalized. When you inquire about your Signature Tour, we can provide extension pricing based on your requested dates.

Rates per person based on 4-person helicopter

Enjoy a private helicopter flight to Mitzpe Ramon in the Negev Desert for an incredible day in and around the Ramon Crater, one of Israel’s most amazing natural attractions. Enjoy a wine tasting at a local winery, tour the crater and desert surroundings by Jeep, and even rappel down into the crater before returning back to Jerusalem by helicopter.

Rates per person based on 4-person helicopter

Fly down to Eilat in a private helicopter and cross the border into Jordan for a tour of Petra, one of UNESCO’s amazing World Heritage Sites. Enjoy an expertly guided private tour of the stunning Rose Red City and its famous landmarks: the Treasury, the Siq, and more. Cross Petra off your bucket list, then fly back to Jerusalem.

This full-day tour of some of the Jerusalem area’s finest wineries will satisfy every oenophile’s thirst. Explore the history of wine-making in the region, learn about the fascinating technologies that enable the production of top-quality wines in harsh climates, and enjoy a taste of some of the best wines being sold anywhere in the world today.

This is Israel — The Highlights Tour